What Version Of Minecraft Is Available Right Now On Xbox One? 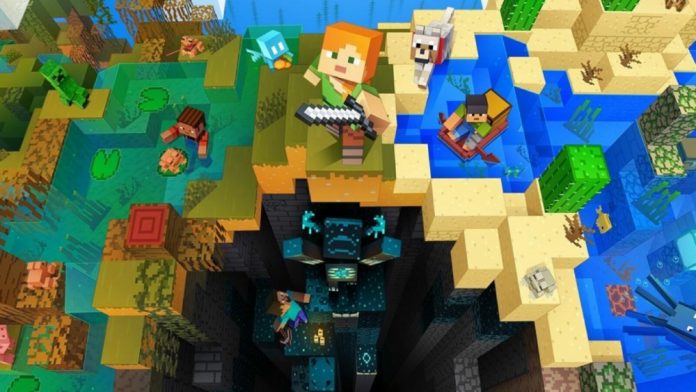 Minecraft Xbox One Edition is always growing, with new blocks, items, and mobs being added in frequent updates. Finally, you’ve come to the correct spot if you’re wondering what version of Minecraft is on Xbox One. Minecraft is a sandbox game in which players construct structures from textured cubes in a 3D dynamically generated universe.

It is surely one of the most enjoyable games to play with friends, especially with the Xbox One’s split-screen functionality, which allows you to team up with friends from the comfort of your home. In addition, you can play cross-platform with other Minecraft-powered devices.

You’ll have a terrific time whether you get a physical copy of the game, buy it digitally from the Microsoft Store, or access it through an Xbox Game Pass membership. Minecraft has had multiple distinct versions on various platforms since its introduction. The Xbox One is no exception, with two versions of the game available: bedrock edition and Xbox one edition.

The latter, however, has since been replaced by the former and is no longer updated. As a result, for the greatest experience, make sure you’re using the bedrock edition. Minecraft was initially a PC-only game, but it is now accessible on several platforms. In addition, the game’s Bedrock Edition has more features and settings than the original Java edition.

You’re in luck if you’ve an active Game Pass membership. Minecraft Java Edition may be installed on Windows 11, or the game can be obtained through Xbox Game Pass on your Xbox console. Please keep in mind that the Java edition is not accessible on consoles. Game Pass subscribers get the exclusive opportunity to play new games and version releases on the day they are released. The package also provides discounts, free benefits, and the ability to play games directly from the cloud on a phone or tablet.

What Version Of Minecraft Will Be Available On Xbox One In 2022?

Minecraft Bedrock Edition Beta 1.18.20.25 is the latest Xbox One version. Several fixes and technical modifications are included in the update and additional fixes for The Wild Update. The Wild Update is a forthcoming Minecraft update that will bring new biomes, mobs, and other features when released in 2022.

The latest Minecraft update introduced various changes, both major and small. One of the most visible modifications is eliminating water from the additional block when installing an Amethyst cluster. This was done to fix a problem with Coral Fan pathing.

The fix, however, has already been undone. Other improvements include adjustments to hunger and tiredness rates and alterations to mob behavior. Mobs, for example, can no longer utilize JumpToBlockGoal while riding a boat. Some adjustments have also been made to the user interface, such as resetting the Crouch status after the player dies.

When it comes to multiplayer gameplay, different Minecraft versions have distinct features. For example, when comparing Minecraft Xbox One Edition to Bedrock, the former is more versatile overall but does not offer cross-platform play. Bedrock players, on the other hand, may connect with Bedrock edition players on any other platform. So, for example, a gamer on a PC may connect with someone playing Minecraft on a PS4, Xbox Series X, or Switch. However, the Java Edition often gives a superior multiplayer experience due to bigger servers and more unique game choices.

Different versions of Minecraft provide varying degrees of control freedom. For example, the Bedrock Edition, available for consoles and mobile devices, allows you to switch between several controllers for movement. In contrast, the Java Edition is designed around a keyboard and mouse configuration’s precision motions and rapid inputs. Although using a keyboard and mouse with some Bedrock variations is feasible, it is not optimal owing to a lack of support.

Java Edition’s universe is very different from Bedrock’s. For one thing, the former use a distinct format known as Anvil, far superior to the earlier Region format. On the other hand, Bedrock was created with LevelDB, a fast key-value storage framework designed by Google. This means that the two versions are compatible, and most tools and editors designed for Java Edition will not function with Bedrock Edition.

The platforms on which the Java and Bedrock editions of Minecraft are compatible are what distinguishes them. The Java Edition is only available for PC, Mac, and Linux systems, but the Bedrock Edition is available on various platforms, including PC, mobile, and several consoles. Bedrock players can play Minecraft on various devices, including Xbox One and PS4 consoles, smart TVs, and streaming devices.

This vast open-world game’s Java Edition has five distinct modes for players to select: survival, creative, adventure, spectator, and hardcore. The toughest option in Hardcore mode allows players only one life to play through a more extreme in-game challenge. Unfortunately, this option is unavailable to Bedrock Edition players since the hardcore mode is unavailable in that version.

Modding is a significant part of what makes Minecraft so enjoyable and addictive. Mods for anything from unique game modes to cosmetic overhauls and quality of life enhancements are available. Nevertheless, if you play on Bedrock Edition, you may miss some of the finest mods. This is because most mods are only available for the Java Edition and must be purchased through add-on packs.

Compared to the relatively limited options on Bedrock, the Java Edition boasts a seemingly limitless supply of hilarious user mods and custom games. This applies to single-player and online multiplayer servers, providing players far greater freedom in how they play the game.

The Java Edition and the Bedrock Edition are the two primary versions of Minecraft. The game’s original version is the former, but the latter was designed for mobile and console play. Although the two versions appear comparable at first look, some important variances exist between them.

Is Minecraft On Xbox One Java Or Bedrock?

The Xbox One has the latest Bedrock edition; however, the Minecraft Java edition is not yet accessible. The Bedrock Edition is more reliable and well-suited to cross-platform play, while the Java Edition supports deeper modding and includes Hardcore mode.

With this, we’ve completed our tutorial on what version of Minecraft is on Xbox One. We hope you liked reading it and that it addressed all of your worries and issues.