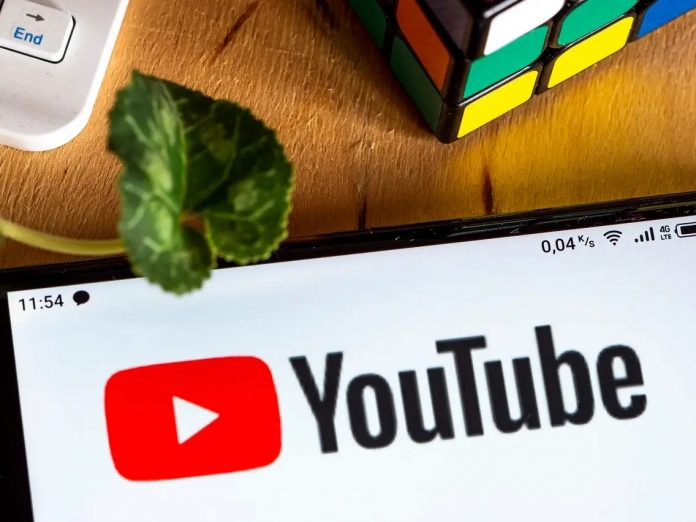 While there are several video streaming options available today, none are free. Netflix, Amazon Prime, and other video streaming services offer a lot of original material, but you can’t watch it for free. You can only watch videos on such video streaming sites after signing up for a premium monthly subscription. If you cannot afford to subscribe to a premium video streaming service, you may be seeking free alternatives. Fortunately, several websites allow you to watch free movies and TV shows legally. YouTube, for example, provides innumerable channels with licensed Movies that you can watch for free. 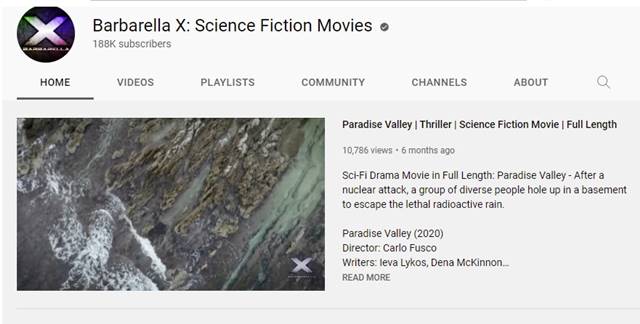 If you like science fiction Movies, don’t miss Barbarella X: Science Fiction Movies. It’s a YouTube channel dedicated only to science fiction. The channel has previously released various famous Sci-Fi movie titles such as Independence Wars, Genesis, Lost at War, and others. The sole disadvantage of the Barbarella X: Science Fiction Movies channel is that it only includes a few videos. And the channel’s most recent movie was released about 6 months ago. So, although the channel is new, it already offers a few famous Sci-Fi movies that you can watch for free.

We’ve all grown up watching the Mr. Bean comedy series on TV. Mr. Bean is the YouTube Channel to subscribe to if you want to relive those moments. This is Mr.official Bean’s channel, which has over 30 million subscribers. Subscribe to the channel to watch Mr. Bean’s short-form, animated, live-action, and full-length comedic videos. 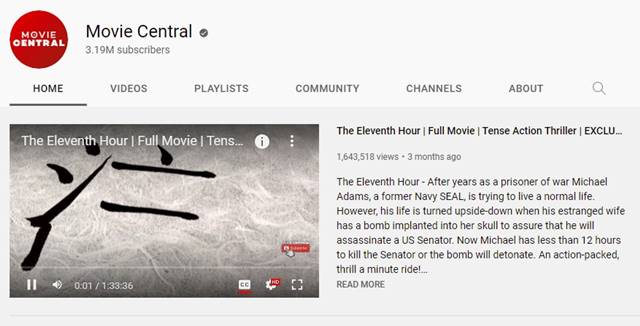 Movie Central is one of the greatest YouTube Channels to subscribe to if you want to watch full-length movies. So, Movie Central, unlike other YouTube channels, concentrates only on movies. The channel has playlists for a variety of Movie genres, including Urban Movies, Rom-Com Movies, Monster Movies, War Movies, and others. According to Movie Central’s description, all of the material released on the channel is under legal permission from different copyright holders and distributors. This means you may watch movies on this channel without fear of breaking the law. 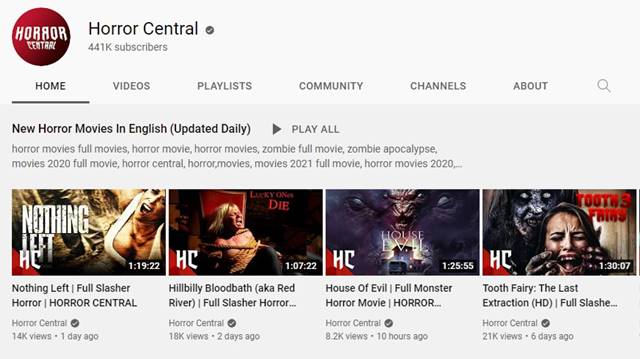 If you’re a big lover of horror, you may want to subscribe to the Horror Central YouTube Channels. Horror Central, like Movie Central, features free movies that you can watch without worrying about breaking the law. All of the material uploaded on the site is under legal license from different copyright holders and distributors. It also includes playlists for various horror genres such as Slasher horror, psychological horror, possession horror, monster horror, and more.

This is another excellent YouTube Channels for horror movie aficionados. Watch Movies Now! has a wide selection of horror movies. The movies are all legally licensed. By subscribing to this channel, you may watch slasher horror, paranormal horror, dark fantasy, found footage, zombie movies, and more. Another wonderful YouTube channel to watch free horror movies is Watch Movies Now! 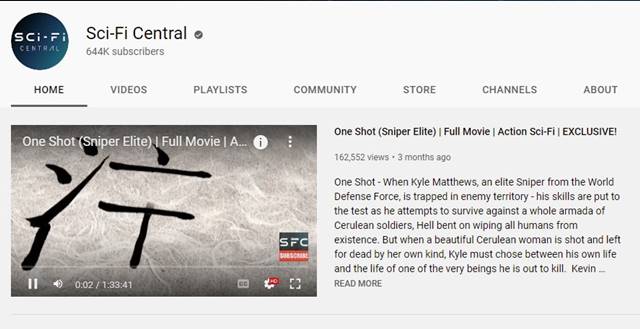 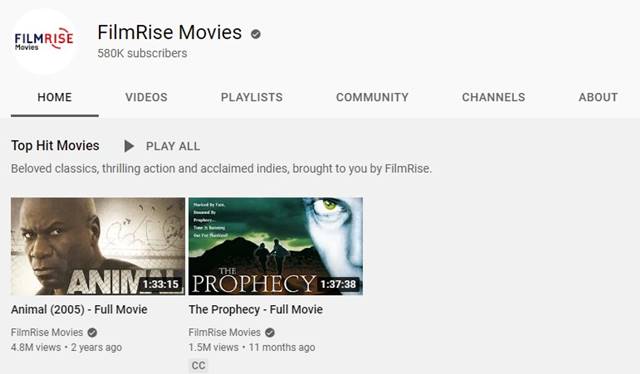 If you’re unfamiliar, FilmRise is a free Movies and television studio that provides full-length movies and TV shows. In addition, it has a YouTube channel called FilmRise Movies, where it releases free movies and TV shows. You may watch notable movie titles like Inferno, Diary of a Serial Killer, Deadly Target, and others on its YouTube channel for free. The channel offers a small number of videos. However, it is highly popular and is posted in HD quality.

PizzaFlix is an all-arounder on the list, including movies from a variety of genres. In addition, you may watch free comedy, action, thriller, romance, and animated movies by subscribing to the PizzaFlix YouTube channel. Aside from movies, PizzaFlix includes entire episodes of several old TV shows. PizzaFlix is an excellent YouTube Channels for legally and freely watching movies and TV shows. 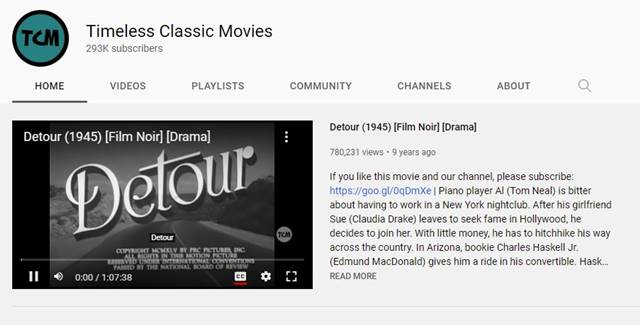 You should subscribe to Timeless Classic Movies if you like watching ancient classic movies. Tarzan and the Green Goddess, Nosferatu, A Life at Stake, The Way Ahead, and more vintage films may be found on Timeless Classic Movies’ YouTube channel. This channel features movies from a variety of genres, including Thriller, Science Fiction, Horror, Mystery, Comedy, Drama, and others.

Finally, on these YouTube Channels, you can watch full-length movies from every genre. So, these are some of the greatest YouTube Channels to watch free movies and TV shows legally. Please let us know if you know of any similar YouTube Channels in the comments section below.